A Brief History of HVAC: Evolution of Modern Comfort 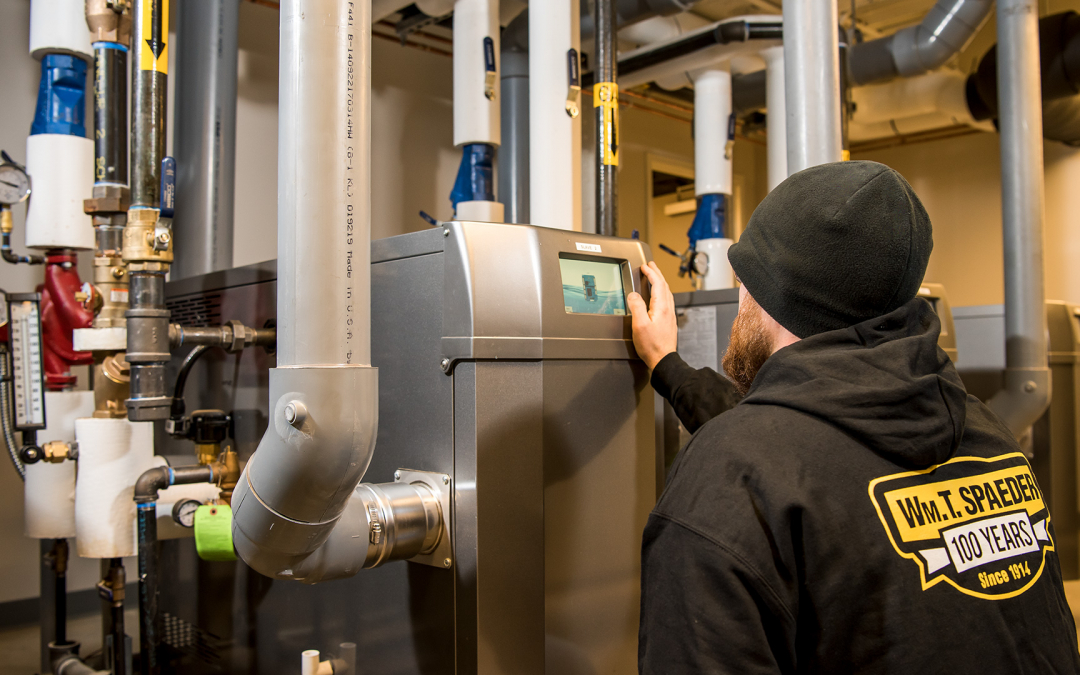 The history of HVAC is full of innovation. From ancient heating systems to modern comfort cooling systems, there’s a lot to explore. Today, HVAC systems improve ventilation in the workplace and support specialty indoor environments like hospitals and clean room manufacturing. But that didn’t start out of nowhere. In this article, we’ll give you a brief history of how heating systems and air conditioners evolved over the years.

People have been heating and cooling their environment for thousands of years. Here are a few examples:

Things start to really heat up (and cool down) during the industrial revolution. In 1742, Benjamin Franklin invented the Franklin Furnace. Made from cast iron, it radiates heat for many hours and was the predecessor of the modern furnace.

Looking at the cooler side of things, William Cullen demonstrated the first instance of artificial refrigeration in a laboratory performance in 1748 in Glasgow. In 1805, Oliver Evans designed a refrigeration machine, and in 1834, Jacob Perkins developed a closed-cycle compressor based on that design.

Another breakthrough in cooling technology came about in the 1840s. At this time, there was a doctor in Florida named John Gorrie. After treating many patients, he had the idea that the heat in Florida exasperated symptoms. So, he decided to try and make his patients cooler and more comfortable without relying on expensive ice deliveries from northern states.

Dr. John Gorrie invented the first powered ice machine. It created ice blocks that could then be used to cool a current of air. The machine could work off many power sources including steam and horses.

Gorrie’s machine used compressed air combined with a small amount of water as the refrigerant. As the compressed air expanded inside submerged pipes, it cooled the surrounding water enough to freeze it. He patented the machine in 1851 but never brought it to market because his main financial backer passed away a few years later.

HVAC in the Twentieth Century

Originally, Willis Carrier created his air conditioner to solve a humidity problem at a Brooklyn publishing company. His invention removed moisture from the air. He called it the “Apparatus for Treating Air” and noticed that it also cooled the air at the same time. The publishing company workers certainly noticed the cooling effect, as well. He realized the machine had a wider application than simply dehumidifying industrial buildings.

At first, Carrier didn’t call his machine an air conditioner. In 1906, Stuart Cramer invented a machine that added humidity to the air to make yarn easier to work with in manufacturing plants. He was the one who coined the term “air conditioner.”

The year 1904 was the first time when a large portion of the public was exposed to the wonders of air conditioning. This happened at the St. Louis World’s Fair, which lasted from April to December of that year. A new air conditioner circulated 35,000 cubic feet of air per minute inside the Missouri State Building.

The air conditioning machine cooled all rooms on two floors except for the libraries and bathrooms. Back then, no one had imagined anything like that was possible. This system was installed by the United Iron Works Co. of Springfield, Missouri. Unfortunately, the boiler for the system exploded in November of that year and caught the building on fire.

Carrier patented his air conditioner in 1906 and then patented the control system in 1914. The first version was large and took up a room by itself. In 1920, Carrier was able to downsize the machine and make it more manageable. And in 1925, Carrier convinced Paramount Pictures to install an air conditioner in its Rivoli theater in New York City.

Paramount quickly realized how much its audiences appreciated cool indoor air, so it installed air conditioners in another 300 movie theaters. Besides Carrier, Frigidaire, General Electric, and General Motors all got in on the A/C game in the late 1920s and early 1930s.

As you can see, HVAC systems have a rich history of invention and innovation. And until someone creates the perfect HVAC system, there’s always room for improvement. Heating, ventilation, and air conditioning continues to evolve to the present day. Here are a few examples:

Today, innovation helps heating and air conditioning systems to be more energy efficient, provide better air quality, and respond to a wider range of applications. For example, requirements for HVAC in hospital rooms are much different than requirements for restaurants, college campuses, or data centers.

A commercial HVAC upgrade can help you take advantage of new technologies for saving money and improving control over indoor air quality. Wm. T. Spaeder has extensive experience planning, building, and maintaining a wide range of commercial and industrial HVAC projects in the Northeast. Reach out to an HVAC specialist today for more information.