In the video above, Toolman Josh goes over fire extinguisher basics and how to use the common ABC Fire Extinguisher. Our Compliance Specialist Holly Hunter demonstrates. Note: This video is for entertainment purposes only though hopefully you will find some of the information useful.

Ah yes, the red, shiny fire extinguisher! We’ve all seen them in homes, businesses, and in the movies… blasting pressurized fluids or foam over dancing orange flames, saving lives, suppressing fires, and overall making the world a better place. All joking aside though, fire extinguishers are an important part of any fire suppression arsenal, so we thought we would go over a little about their history, classifications, and how you and/or your company can use these tools in safe guarding yourself and others from fire threats.

A Sprinkling of History

Fire extinguishers have been around for hundreds of years and have a long history of growth and innovation. It all began (for the most part) in 1723 England by chemist Ambrose Godfrey. Like modern fire extinguishers, this early unit included a “fire suppressing solution” (water) and a way to propel this solution onto a fire. In the case of this 1723 model, gunpowder was used. A fuse was ignited to create the pressure to scatter the water — you could almost say it was “fighting fire with fire.” 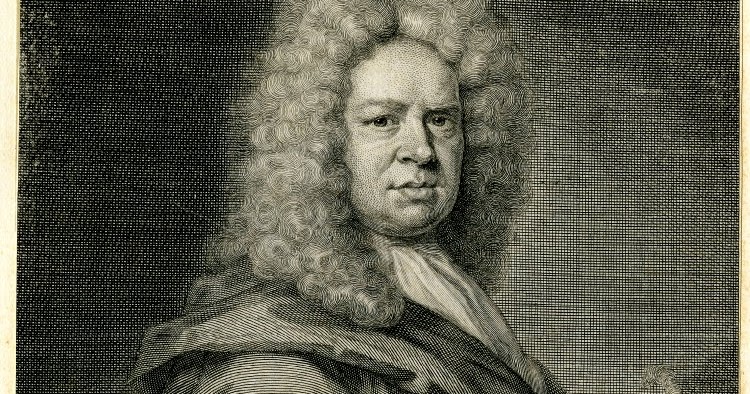 Ambrose Godfrey, inventor of one of the first known fire extinguishers

As time passed, other less explosive means were devised. The first semblance of a “modern extinguisher” was invented in 1818 by British captain George William Manby which he called “Extincteur.” This extinguisher used a three gallon copper container of potassium carbonate and compressed air.

After that, advances happened rapidly until we arrived at the modern extinguishes we know (and love) today. For more information on the fascinating history that is the fire extinguisher, check out this article where we go way back to ancient Egypt.

Fire extinguishers are classified by their Build Configuration/Design and by Class.

Stored Pressure Fire Extinguishers (Most Common): The “expellant” is stored in the same chamber as the fire-fighting agent. These are typically what you think of when you picture a fire extinguisher in your head. A red, shiny self-contained container.

Cartridge-Operated Extinguishers: For this device, expellant gas is in a separate chamber which is punctured prior to discharge. These are not as common as single chamber fire extinguishers and are made for more industrial applications. The advantage of having a separate chamber allows for a quick recharge and multiple/extended uses which can be particularly important in the case of a larger fire.

Fire extinguishers are often handheld (coming in anywhere from about 1 to 30 lbs.) but some are “cart mounted” or “wheeled extinguishers.” Cart-mounted are much bigger and heavier, weighing in at 51 lbs. or greater. These are mostly found on construction sites, airport runways, heliports, docks, marinas, and other places that need the additional bulk and horsepower.

Now that we know about the diverse, rich history and plentiful styles and sizes of fire extinguishers, we should probably talk a little about how these fire suppressing super stars put out fires and the types of fires they can extinguish.

First the “how.” There are three basic methods of extinguishing a fire. These include (1) cooling a fire (2) removing oxygen (3) removing fuel. The fire extinguishers listed below work on these three principles.

Class A: Regular flammable objects like wood, paper, and cloth.

Class B: Flammable liquids like alcohol, oil, gas, and grease.

Class C: Electrical equipment. It is important to use a nonconductive extinguishing agent on these types of fires to prevent electric shock. Do not use water. Also, it’s a good idea to turn off any electric current that could be present, not only to avoid getting zapped but also to not restart the fire.

Fire extinguishers are categorized in two primary ways, that is, how they put out the fire and the classes of fires where they can be used effectively. Some common types are:

Water Extinguishers: These fire extinguishers use pressurized water. They are only suitable for fires that contain typical combustible materials. Use on Class A Fires.

ABC Powder Fire Extinguishers: This is your run-of-the-mill multipurpose fire extinguisher. They work by spraying a monoammonium phosphate powder that blankets the fire and “suffocates” it. Use on Class A, B, and C fires.

Carbon Dioxide Extinguishers: Pressurize CO2 has a low temperature and when used on a fire, displaces the oxygen, and causes the fire to go out. Use on Class B and C fires.

Foam Spray Extinguishers: “Aqueous Film Forming Foam” (AFFF) works by smothering the fire and trapping flammable gases which prevents reignition. Use on Class A and B fires. Do not use on cooking fires or flammable gas fires.

Water Mist Fire Extinguisher: Like its name, this one uses “water mist” or “misting water.” This fire extinguisher works in three ways.

Wet Chemical Fire Extinguishers: Last but not least, wet chemical fire extinguishers excel in putting out Class K (kitchen) fires. They use a potassium solution that both cools the fire and produces a chemical reaction that helps to smother the fire. Wet chemical extinguishers can also be used on Class A fires. 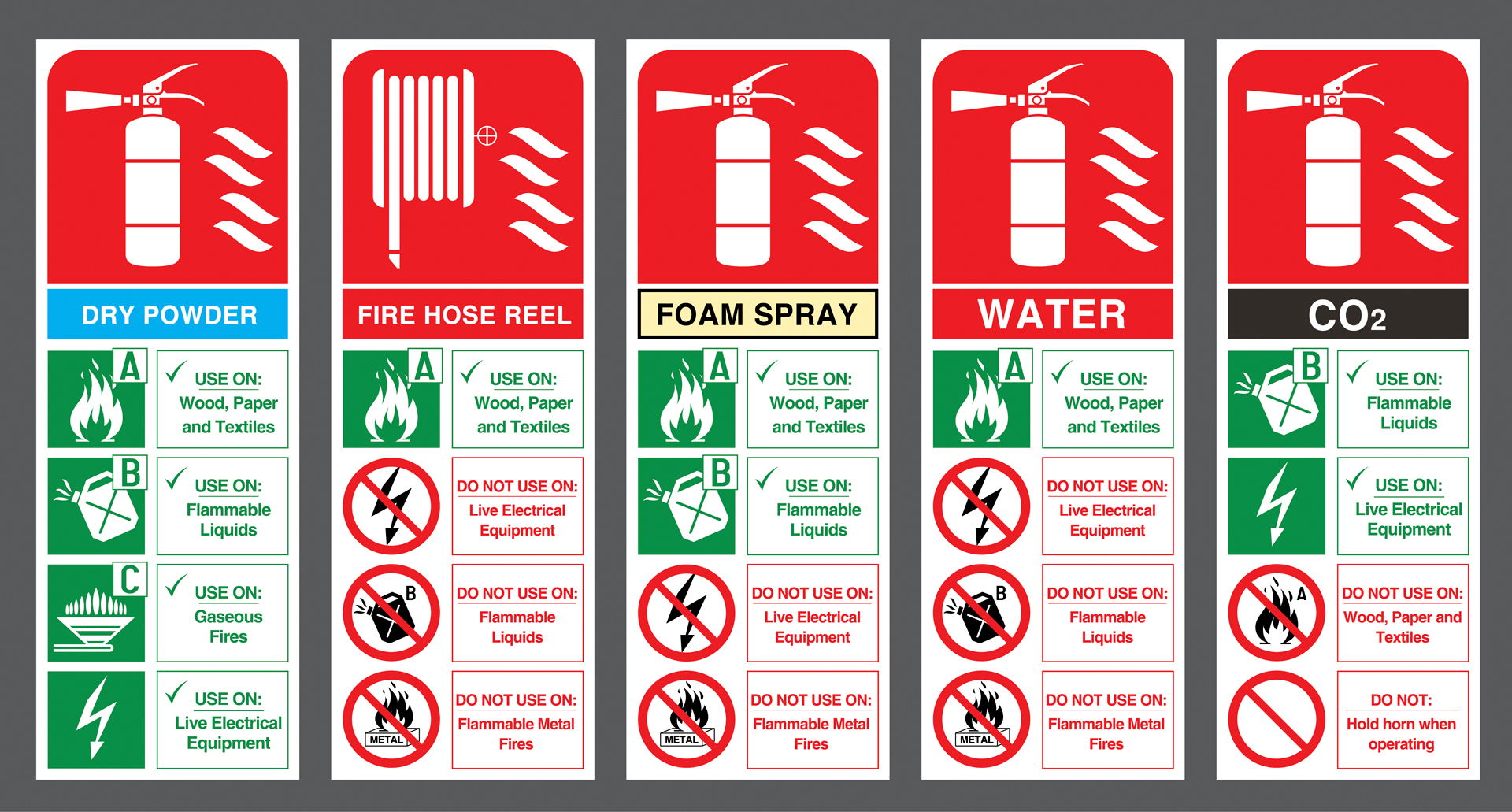 OK. So now you know the history as well as the alphabet soup of fire extinguisher naming and fire types. What do you do if you are in a situation where you might have to actually use some of these tools? In the past, fire extinguishers were not very easy to use. Today, however, they are much more user friendly, and if you find yourself in a situation that requires fire extinguisher expertise, it will most likely be with the shiny red handheld model. To get it to work, just follow these four simple steps.

PULL the pin: Remove the pin located at the top of the canister. Some fire extinguishers have a lock latch or puncture level instead of a pin. Check what is available to you prior to any fire emergency.

AIM the nozzle: Aim the nozzle at the base of the fire. Many people tend to aim at the flames which is not effective.

SQUEEZE the handle: This will send the fire suppressant through the nozzle at (hopefully) the fire.

SWEEP the nozzle from side to side: Use a sweeping motion to spread the suppressant over the fire. Do this until the fire is fully extinguished.

At the Wm. T. Spaeder Company, we have been developing and implementing automatic sprinkler systems for over 100 years. If you’re interested in how to better protect your home or business from a fire, don’t hesitate to get in touch. We’re always here to help or offer advice on your fire protection needs.