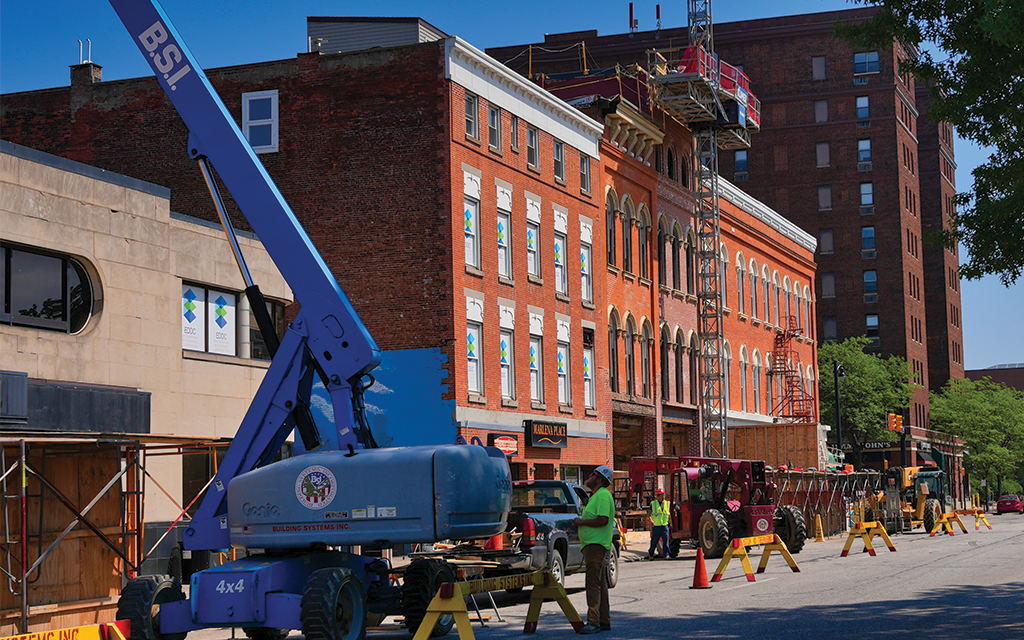 A Vision for Erie The EDDC was formed as one of the recommendations of the City of Erie’s 2016 Comprehensive Plan. The plan noted that Erie had a number of vacant, abandoned, and under-utilized properties, especially in the Downtown core, and that something needed to be done to change the deteriorating infrastructure. In some ways, it was a blank canvas waiting to be infused with fresh ideas. In other ways, the downtown buildings, with their early 19th century architecture, are reminders of the city in its prime filled with untapped potential. In response to the Comprehensive Plan, a group of private-sector CEOs and philanthropic leaders formed the EDDC to revitalize these properties. These leaders also raised more than $27 million and formed the Erie Downtown Equity Fund (“EDEF”) to support the redevelopment of these properties. This “transformational capital” has enabled the EDDC to start its Phase I initiative and to attract an additional $40+ million to Downtown, with millions more to come. It is an effort that is modeled after a similar, successful initiative in Cincinnati, Ohio. Current EDDC Projects: Phase I The EDDC has 12 projects at the moment, and all of them are located in the Downtown core. They currently take up approximately 478,000 square feet of real estate. This includes 100,000 sq. ft. of commercial space as well as at least 140 residential units and a 300 space parking garage. There are plans for a new food hall and a market for groceries. At the time of writing this, seven of the twelve projects are slated to be finished by the end of 2021. Eight of these twelve projects are historic renovations. In addition, all new constructions are designed to blend well with the architectural character of the older buildings Downtown. The goal is to have a dense, vibrant, welcoming, diverse Downtown. Working with the EDDC, Wm. T. Spaeder Company has had the unique opportunity to be involved in a large number of these renovation projects for both fire protection and plumbing. These include the DeLuca Building (complete plumbing remodel and fire protection retrofit) and the Dispatch Building which will house the Whole Foods Co-op as well as the former Sherlocks/Park Place Building where the Flagship City Food Hall will be. For those two jobs, Spaeder is doing plumbing and all new services, gas, waste, vent, storm, water, and kitchen equipment connections as well as apartments on the floors above with new plumbing fixtures. Spaeder is also working on the exterior portion of the old McDonalds property which includes domestic and fire protection mains plus a new sanitary line with manhole in the middle of State Street. At Spaeder, we are proud to be part of the ongoing revitalization of a city we have lived in and served for over 100 years and look forward to seeing this vision for Erie come to life.