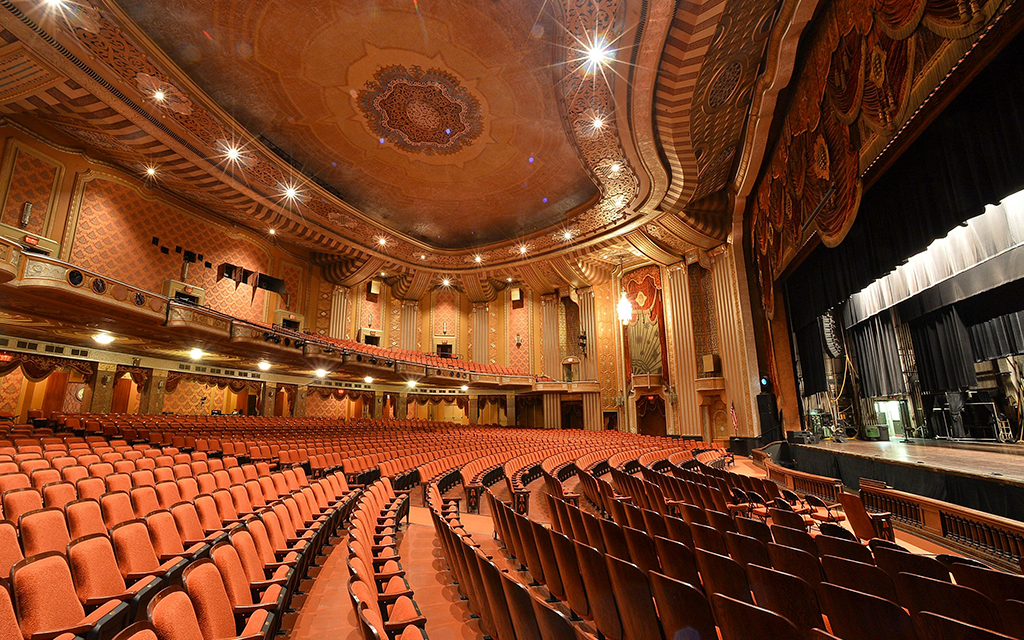 Fire protection within new stage and backstage spaces. 3D Scanning of areas in the auditorium. 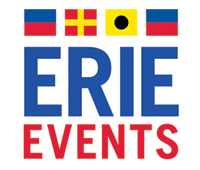 The Wm. T. Spaeder Company is proud to be a part of the Warner Theater's restoration and have been contracted by E. E. Austin to do both 3D Scanning and Fire Protection. The Warner Theater was opened in 1931 by the Warner Brothers and is a historic fixture in the City of Erie. It is one of the few architecturally unaltered Warner Theaters in the United States. According to Casey Wells, Executive Director at Erie Events, the palatial appearance was designed to help people “escape the troubles of the time.” It was built in the middle of the Great Depression; “talking pictures was a new phenomenon, and they made these glorious movie palaces to allow people to escape.” Today, the theater is home to the Erie Philharmonic, one of the largest community orchestras in the country, as well as the Erie Broadway series and ballet. It hosts touring shows, concerts, comedians, and events such as wedding receptions. The restoration/renovation happened in four phases. The first three phases involved painting and/or cleaning all of the decorative surfaces in the lobby and auditorium, re-seating the auditorium, as well as integrating an adjacent building to increase restroom capacity. In the fourth and final phase, the backstage area was expanded, adding dressing rooms, loading docks, and chorus space to accommodate large scale touring productions. “It is essentially transforming a 1931 movie house into a 21st century performing arts center, but we are keeping it historically accurate… It is a very very special place,” says Casey. Spaeder's contribution to the mechanical updates involved various fire protection systems. The original structure was not required to have a sprinkler system, but all new areas had to be updated to current code specifications. Spaeder added a multilevel wet system to the new stage as well as other renovated areas. There is also a small dry system for the new loading dock. In addition to the fire protection work in the new renovations, The general contractor, E. E. Austin, had the Spaeder team perform 3D Scans of various areas of the facility. 3D scanning is particularly important on a project like this that strives for modernization while maintaining historical accuracy. Charles Morgan, Spaeder’s Point Work Coordinator, created detailed three-dimensional point clouds of both the proscenium and parts of the auditorium using the Faro Focus 3D laser scanner. A point cloud is a 3D model created from millions and millions of laser measurements. FARO laser scans provide accuracy up to 1/16th of an inch, so that there is no guesswork and always provides extreme precision. For this reason, 3D scanning technology is not just used in construction, but manufacturing, forensic investigation and historic preservation projects just to name a few applications. 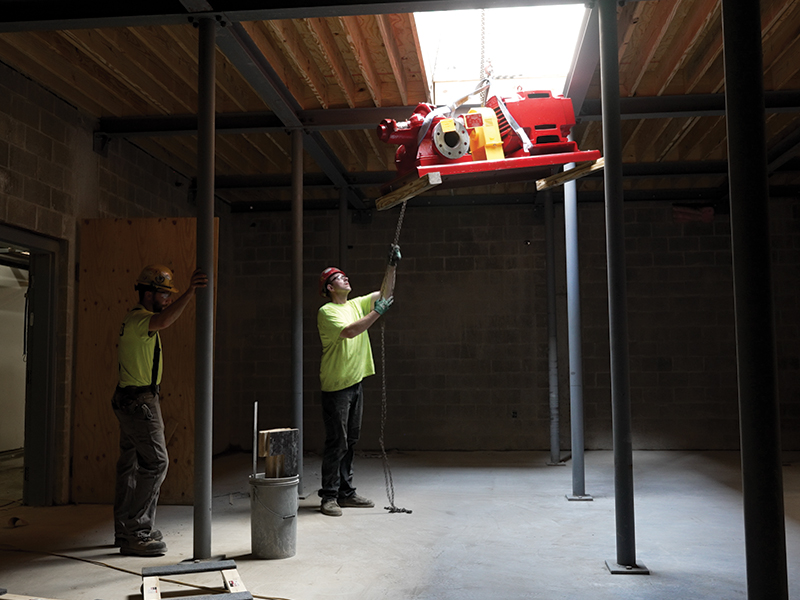 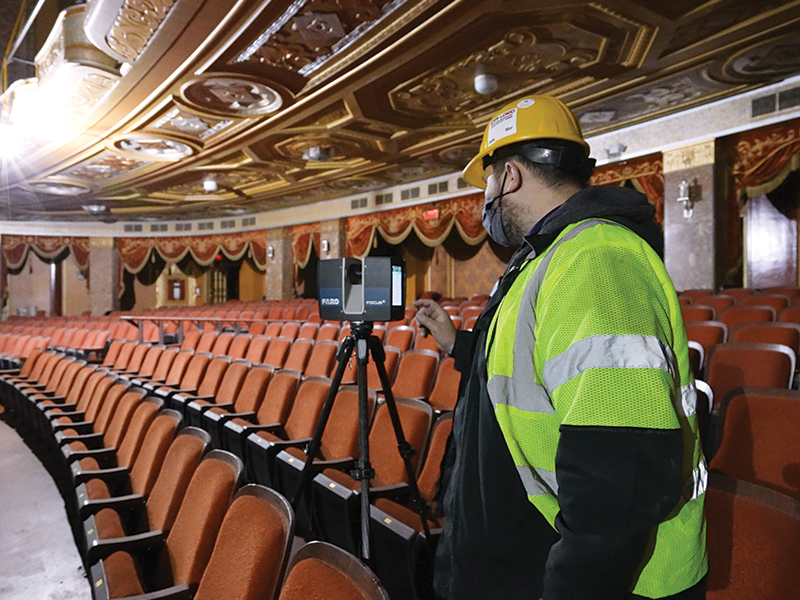 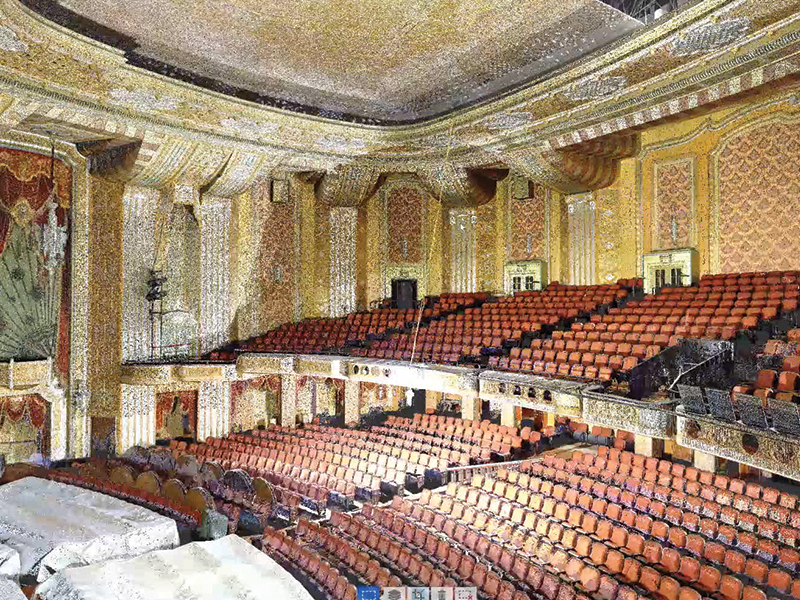 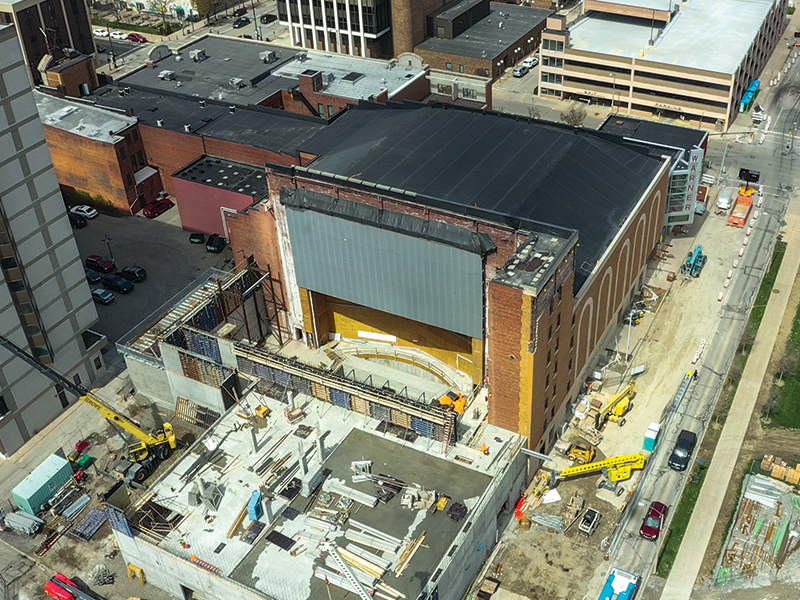