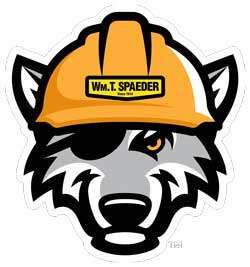 Thank you for participating in the Wm. T. Spaeder – Seawolves Prize Giveaway. Please read the rules below and let us know if you have any questions.

Applicable Dates. Participants may only enter the sweepstakes during the weeks of home games.

How to Enter. Participants can enter the sweepstakes via the Wm. T. Spaeder Company website at https://wmtspaeder.com/seawolves/

Winner Selection. Weekly Prize Winners will be selected in a random drawing at the end of every week there is a home game. Winners’ names will be announced publicly the following Monday via social media (Facebook, Instagram, Twitter, LinkedIn @wmtspaeder). Winners of the Grand Prize will be drawn randomly from all Weekly Participants. Entering multiple weeks increases your chances of being selected. The Grand Prize winner will be announced during the final game of the season in a live drawing.

Collecting Prizes. Prizes can be picked up in person at the UPMC Park Ticket Office in Erie. Open 10A-5P Mon-Fri, 10A-2P Sat (non-game days), 10A to 15 minutes after the game on game days

Grand Prize. Grand Prize includes up to $2000 of work that Spaeder’s service department provides, such as plumbing, HVAC, and fire protection services. Depending on the selected service, this could include equipment costs.  The offer is good for one year from the date of the drawing.

Waiver or Liability/Publicity Release:  By entering the Sweepstakes, each entrant agrees to (a) be bound by these Official Rules, including all entry requirements, and (b) waive any and all claims against Sponsor, Facebook, Inc., Apple, Inc., and each of their respective parents, affiliated companies, subsidiaries, officers, directors, employees, agents, licensees, distributors, dealers, retailers, printers, representatives, advertising and promotion agencies, and any other company associated with the Sweepstakes, and all of their respective officers, directors, employees, agents, and representatives (collectively, “Released Parties”) for any injury, damage, or loss that may occur, directly or indirectly, in whole or in part, from participation in the Sweepstakes, receipt or use of any prize (or any portion thereof), or any travel or activity related thereto.  By entering the Sweepstakes, each entrant gives his/her express permission to be contacted by Sponsor by telephone, email, and/or postal mail for Sweepstakes purposes. Each winner, by acceptance of the prize, grants to Sponsor and each of their respective designees the right to publicize his/her name, city and state/territory/province of residence, prize information, photograph, voice, statements, and/or other likeness for advertising, promotional, trade, and any other purpose, in any media or format now known or hereafter devised, throughout the world, in perpetuity, without limitation and without further compensation, consideration, permission or notification, unless prohibited by law.

General Conditions: The decisions of Sponsor are final and binding on all matters relating to this Sweepstakes. Released Parties are not responsible for stolen, late, incomplete, illegible, inaccurate, misdirected, lost, misrouted, scrambled, damaged, delayed, undelivered, mutilated, postage-due, or garbled entries, transmissions, email, or mail; lost, interrupted, or unavailable network, cable, satellite, server, Internet Service Provider (ISP), wireless network, website, or other connections; availability, accessibility, miscommunications, or failures of computer, satellite, telephone, cable, or wireless transmissions or lines; computer hardware or software malfunctions, failures, or difficulties; wireless service congestion; failures or malfunctions of phones, phone lines, telephone systems, wireless towers, or cellular tower equipment; any error, omission, interruption, defect, or delay in wireless or other transmission, processing, or communication; printing, typographical, or other errors appearing within these Official Rules, in any Sweepstakes-related advertisements, or other materials; cancellation or postponement of any Minor League Baseball game/event/exhibition; or any other errors, problems, or difficulties of any kind, whether human, mechanical, electronic, or other, relating to the Sweepstakes, including, without limitation, errors or difficulties which may occur in connection with administration of the Sweepstakes, processing of entries, announcement of any winner, or any Sweepstakes-related materials. Released Parties are also not responsible for any incorrect or inaccurate information, whether caused by website users (e.g., hacking) or by any equipment or programming associated with or utilized in the Sweepstakes. Released Parties are not responsible for injury or damage to entrant’s or to any other person’s computer and/or wireless device related to or resulting from participating in this Sweepstakes or downloading materials from or use of the Sweepstakes website. Persons who tamper with or abuse any aspect of the Sweepstakes or website; attempt to undermine the legitimate operation of the Sweepstakes by cheating, deception, or other unfair playing practices; intend to annoy, abuse, threaten, or harass any other entrant or any representative of Sponsor; or who are in violation of these Official Rules, as solely determined by Sponsor, will be disqualified and all associated entries will be void. Sponsor shall have the sole right to disqualify any entrant for violation of these Official Rules or any applicable laws relating to the Sweepstakes and to resolve all disputes in its sole discretion.  Released Parties (a) make no warranty, guaranty, or representation of any kind concerning any prize (or any portion thereof) and (b) disclaim any implied warranty. Sponsor’s failure to enforce any term of these Official Rules shall not constitute a waiver of that provision.

CAUTION: ANY ATTEMPT TO DELIBERATELY DAMAGE ANY WEBSITE ASSOCIATED WITH THIS SWEEPSTAKES OR UNDERMINE THE CONTENT OR LEGITIMATE OPERATION OF THIS SWEEPSTAKES MAY BE A VIOLATION OF CRIMINAL AND CIVIL LAWS AND, SHOULD SUCH AN ATTEMPT BE MADE, SPONSOR WILL DISQUALIFY ANY ENTRANT RESPONSIBLE FOR THE ATTEMPT AND SPONSOR, PDL, AND THEIR RESPECTIVE AGENTS RESERVE THE RIGHT TO SEEK DAMAGES (INCLUDING ATTORNEYS’ FEES) AND OTHER REMEDIES FROM ANY PERSON(S) RESPONSIBLE FOR THE ATTEMPT TO THE FULLEST EXTENT PERMITTED BY LAW.

Entries generated by a script, macro, or other mechanical or automated means will be disqualified. In the event of dispute as to the identity or eligibility of any potential winner based on email address, the winning entry will be declared made by the Authorized Account Holder of the email address submitted at the time of entry, provided he/she is eligible according to these Official Rules. The “Authorized Account Holder” is the natural person to whom the applicable ISP or other organization (such as a business or educational institution) has assigned the submitted email address for the domain associated with such email address.

Arbitration; Class Action Waiver: As a condition of entering this Sweepstakes, each entrant agrees that (a) any and all disputes, claims, controversies, or causes of action arising out of or relating to this Sweepstakes or any prizes awarded (each, a “Claim“) shall be (i) arbitrated on an individual basis only and shall not be consolidated or joined with or in any arbitration or other proceeding involving a Claim of any other party and (ii) settled by binding arbitration in Erie County, Erie before a single arbitrator  is appointed in accordance with its then governing rules and procedures, and judgment on the award rendered by the arbitrator may be entered by any court having jurisdiction thereof; and (b) under no circumstance will entrant be permitted to obtain awards for, and entrant hereby waives all rights to claim, punitive, incidental, consequential, or any other damages, other than for actual out-of-pocket expenses. These Official Rules shall be governed by and construed and interpreted in accordance with the laws of the State of Pennsylvania, U.S.A, applicable to contracts entered into and performed exclusively in that State.

WINNER LIST: For the winner’s name, mail a request and a self-addressed stamped envelope to be received no later than ninety (90) days after the Drawing Date to: Spaeder/Seawolves Prize Giveaway, c/o Monica Surrena, 1602 East 18th Street, Erie, Pennsylvania 16510.

All entry data provided via the online entry form is provided to Sponsor. This Sweepstakes is in no way sponsored, endorsed, administered by, or associated with Facebook, Inc. Apple is not a participant in or sponsor of this promotion.